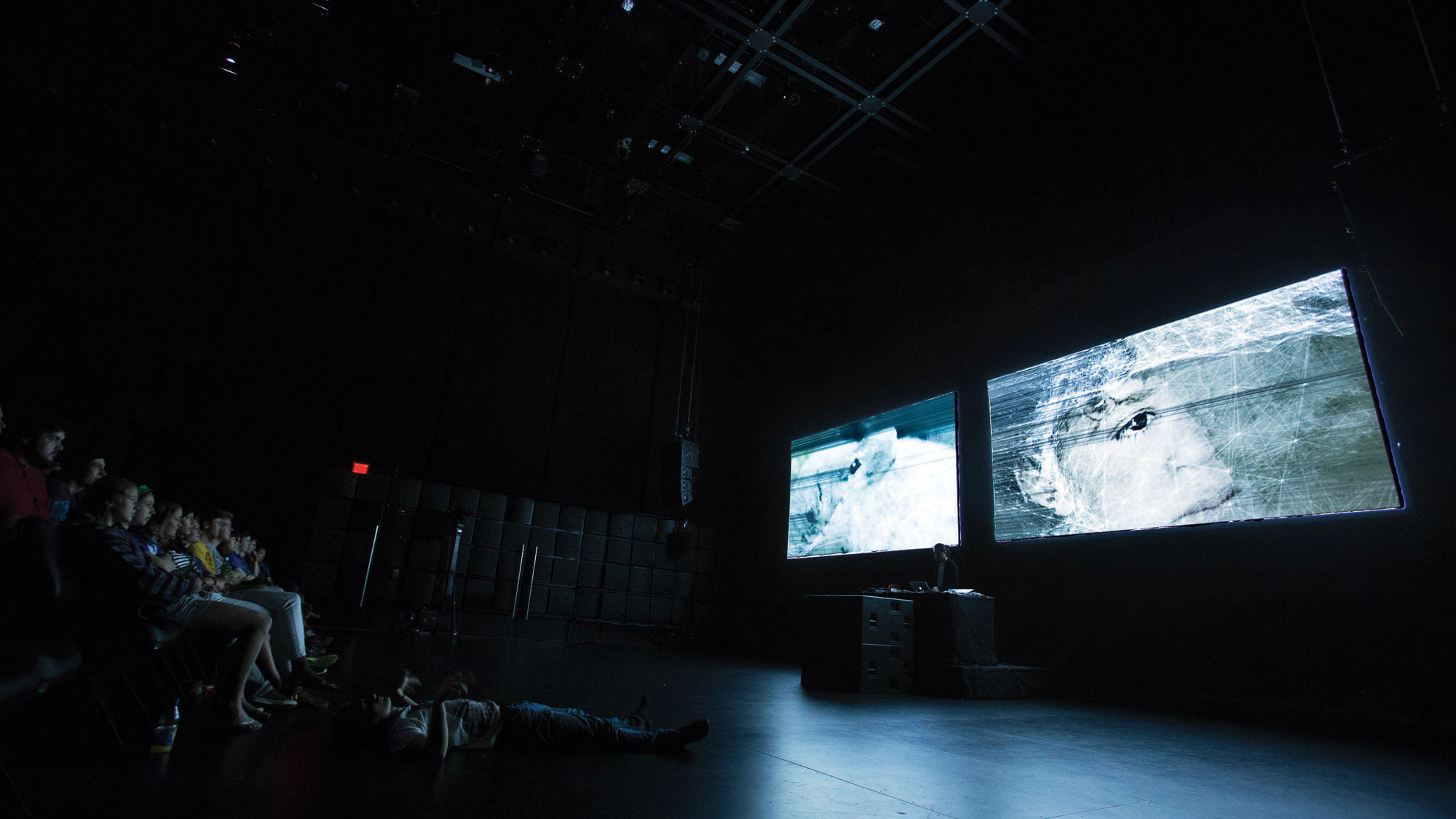 Flux, is the state of everything at every moment.
Images are our memories of the reality, yet audiovisual synthesis.
A concert, also a journey for exceptional experience of digital sound and light.
Rheo by Ryoichi Kurokawa (Japan)

Ryoichi Kurokawa succeeds at eliminating the imposed boundaries of our mundane, mortal, physical perception. Wherever the soul hides it sneaks in transition, as the law mandating life, as in the regulation of all things mortal and temporary such as nature and beauty there where “everything is evanescent”.

An structure made of synesthesia

Minimal in all its forms, a chaotic conflux of visual and auditory perception. The artist helps us see what is built behind the magic lights and pixels emerge from it, causing an experience of memory and ambiguity. Virtual and factual images are no longer undistinguishable. The artist does not allow any type of doubt about his piece, he takes our hand. He runs smoothly with us into the fine and chaotic.

Kurokawa can only ask us to be open for this experience, to delve into the unknown and shatter any block between us and his piece. He uses what he calls “audio-visual organ” to compose spatial-time sculptures out of digitally generated material.

Formed from analogue field recordings, he only asks us to turn on our emotions and ravishingly assaults all our senses. Abstract sounds and images allow this hizzy experience to unfold in front of our eyes.

The experience both physical yet spiritual is precisely building between synchronized and juxtaposed elements. Asserting a form of glitch minimalism, our mundanity error re-assembles into the complex and highly rhythmic audio-visual panorama. 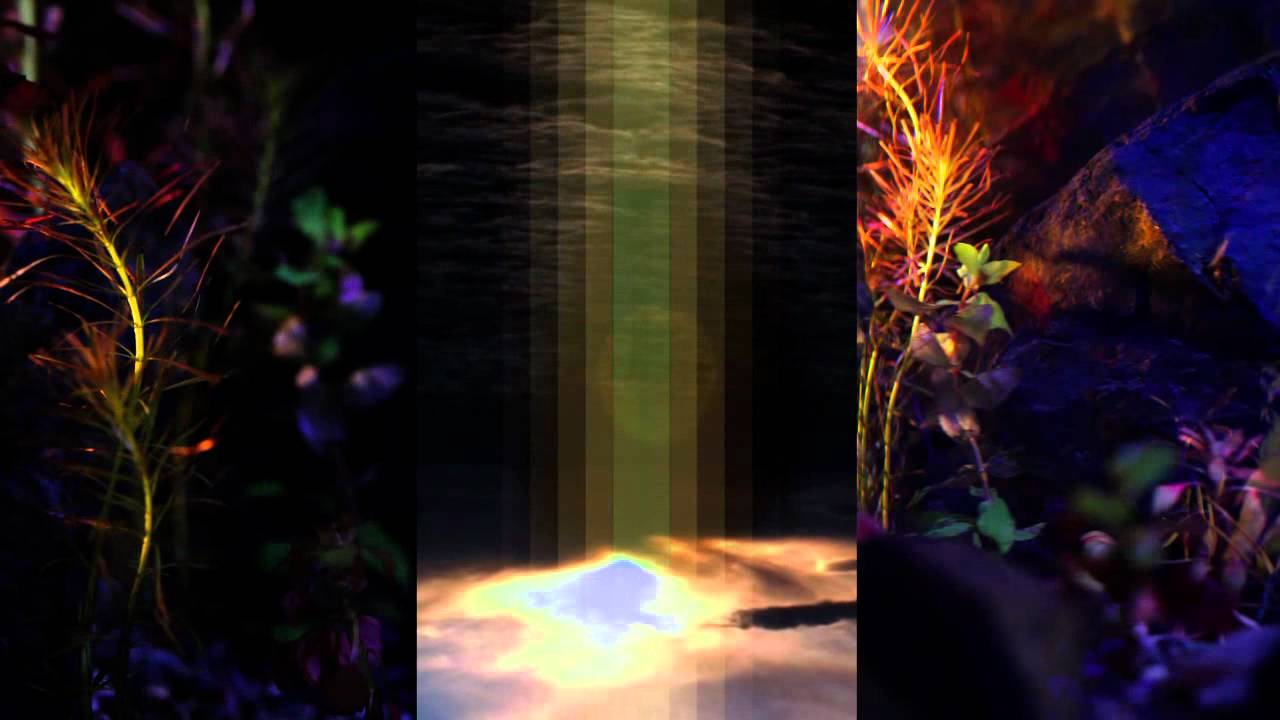 We were mesmerized by Kurokawa’s spiritual and immersive work, and this group’s sensory experience. Flavours of various rhythms, seasons with unexpected, volatile forms, sounds that will never leave our minds.

Scents that surprised us, tastes and sensations that we have may yet explore again. Seasons as a cycle, yet there is never the same spring, seasons as a mundane label smearing our lives.

Transformation is the evidence of passing the time. Still, time is invisible, where else should we find any proof that we are but holy ephemeral. We only discover it at the moment being reminded by the changes in our surroundings.

Beautifully crafted, digitally synthesized environmental sounds like the four seasons, coming in and clashing down, modulate the representational sound into music as the three intervals between, collaborating in a feast for the human experience.

npool turns the whole space into a site for visualizing networks of co-beings, and rejoice with the sound as one, sharing this unique moment clasped between the senses and the mortal bodies inundating the space.

While promoting associations and reconnecting memories of seasons, they also lead the audience to another perspective of reality. It is a whole new world made possible by three masters of sounds, emotions, and sensations.

A journey traveling through the layers of invisibles.

Collaboration between sound and visuals never aimed to describe the same scenery, nor was it generated from lobstertube one by another but a mere coincidence built by dreams and sensations. Only by summoning them up can the whole landscape finally be seen, it can only be understood as it is.

Kurokawa is an audiovisual artist, his work could be described as a whole, it takes on multiple forms: projections, recordings, installation and live performance. Recently, his works could be seen at international festivals and museums including Tate Modern [UK], Shanghai eArts [CN], Transmediale [DE], and Sonar Festival [ES]. In 2010, he was awarded the Golden Nica at Prix Ars Electronica in the Digital Musics & Sound Art category.

Nerve is an alias of Steve Hui the mand behind the music experience. Graduated from the Hong Kong Academy for Performing Arts with a Master Degree in Composition and Electronic Music, a member of experimental electronic music group VSOP. His creative work can be witnessed at various festivals including: Hong Kong Arts Festival, New Vision Arts Festival and Creative Cities (Hong Kong in London). His debut orchestral work Re-Autumn was entrusted by the Hong Kong Sinfonietta. In 2010, he was commissioned by Zuni Icosahedron to compose his first opera The Memory Palace of Matteo Ricci.

Born in Hong Kong, npool.net has been an eternal alias for the name of Jamsen for more than ten years.  Jamsen’s visual media pieces have been universally exhibited in Asia, Europe and Americas. The artist’s interests and explorations can be traced back to video, theatre and installation art pieces.  Just a while ago, he has started curating media arts related exhibitions, artist-in-residence and collaborative projects. Jamsen is now teaching at the Chinese University of Hong Kong, City University of Hong Kong and Hong Kong University of Science and Technology 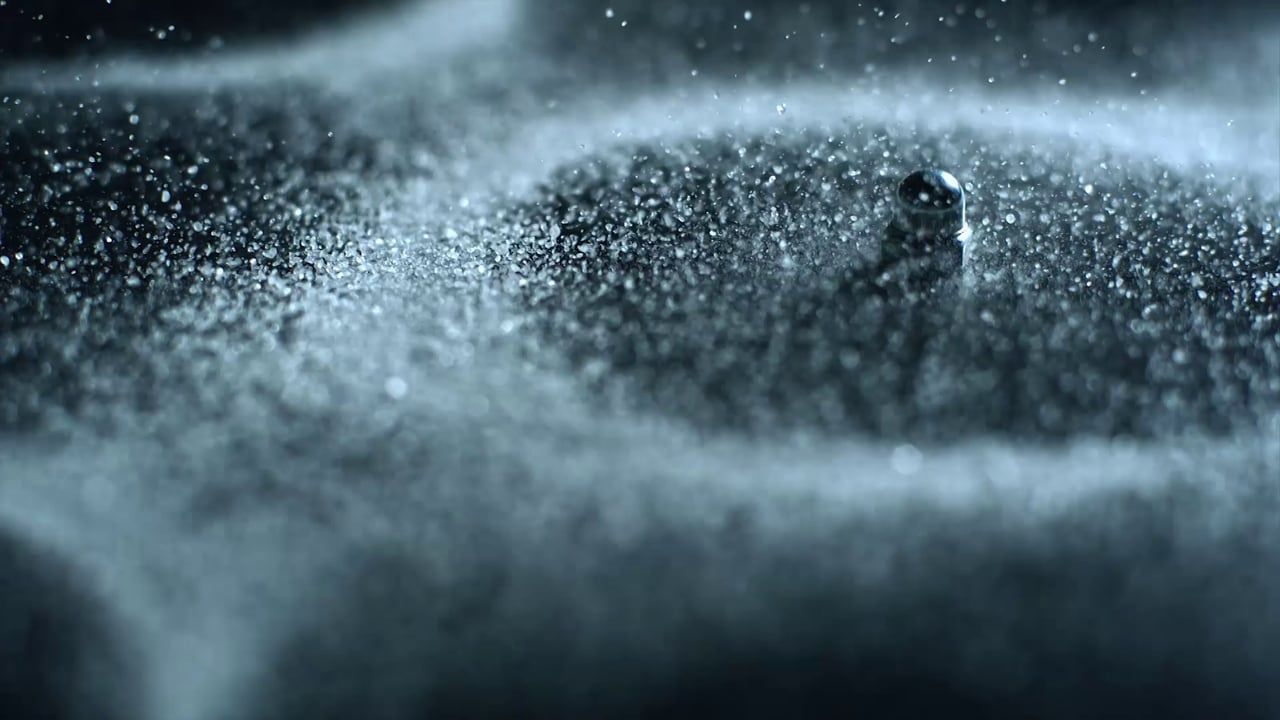